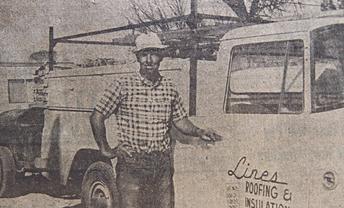 For over 65 years, you’ve allowed us to protect you and your homes here in the desert southwest.

Lines and Lundgreen was originally started as Butler Construction by John (Johnny) Butler in the late 1930s.

In 1945 Wilton Lines was honorably discharged from the US Navy, where he served as a Petty Officer 2nd class (PO2P. He went to Phoenix to find work. Later that year Johnny (Wilton’s brother-in-law) gave him a call one night and expressed the need for a good worker and even offered him $1.25 an hour, then asked when Wilton could start. He took the greyhound and started working Johnny the next morning. 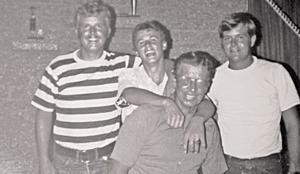 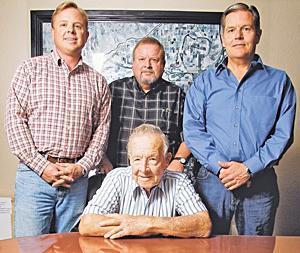 Construction is slowed ​​due to lack of local roofers​

In 1945 there wasn’t a single roofing company in Yuma. The only workers you could get to come here had to come from Phoenix or San Diego, and they never came when there was just one house to do. People had to wait till there were a few houses under construction for the roofers to come to town. At times the wait to put a roof on a new house could be delayed for months. This really upset Johnny because his work could not be done either because he was waiting for the roofers so one day he left town, bought a tar kettle and returned. And so, Yuma had its first roofers! There was also a need for some good insulators and they decided they could handle that, as well. So Butler Roofing and Insulation was born. Wilton remained Johnny’s foreman for the next 25 years, and when Johnny decided he would retire Wilton bought the company’s stock and all its equipment, and changed the name to Lines Roofing and Insulation.

Lines and Lundgreen ​​a family tradition in Yuma

Currently Lines and Lundgreen Roofing and Insulation continues to service residential and commercial roofing and insulation and have added a few other necessities as time has passed. Those include acoustical ceilings, built vacuum systems for residential and commercial applications, and most recently, installing skylights in new and old construction. We are still one of the most prominent businesses in Yuma in our trades and professions.

While John Lines and Steve Lundgreen continue the tradition, Jonathan Lines, now the general manager is proud to be part of one of Yuma’s oldest family run businesses.